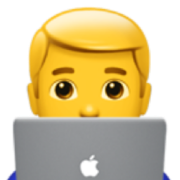 CentOS is a Red Hat clone, and it is one of the most popular Linux distributions in the world. Over 18 years, it has built a reputation for being a rock-solid, enterprise-grade operating system. On the 8th of December 2020, Red Hat killed it, leaving its users stranded and with an uncertain future, but why did CentOS end its life?

As we’ve mentioned before, CentOS is a free version of Red Hat Enterprise Linux. CentOS and Red Hat have created a symbiotic relationship over the years and in 2014, they officially joined forces, but the control was in Red Hat’s hands.

It came as a shock to everyone when they announced that the CentOS was going to be discontinued, they also added, that in the future, there would only be CentOS Stream. CentOS and CentOS Stream serve two separate purposes. CentOS Stream is a rolling release that previews the next update for Red Hat.

Killing off an extremely popular, free, and long-serving distribution that was started by the community always upsets people. The main reason is why people upset about this incident is that Red Hat released CentOS with a promise of 10 years of support. For a lot of people, it feels like a betrayal.

Why Did CentOS End Its Life?

Red Hat has always been a friend of the community. Everyone loved them. This incident aside, CentOS Stream is still free and Red Hat still provides every last scrap of their source code for free, but what caused the change of heart towards CentOS?

The truth is, nobody knows for sure, but a number of people have noted that this announcement in 2020 follows the acquisition of Red Hat in 2019 by IBM. Did IBM decide that they didn’t like sponsoring a free alternative to their own investment and decided to squash CentOS?

Almost immediately when Red Hat broke the news that CentOS was finished, one of the original CentOS founders started a new project called Rocky Linux. It’s a Red Hat clone. The intention is clear, CentOS is dead and here comes the Rocky Linux. There may be many reasons for this incident, but we think that they wanted to build a brand new name.